Born in the UK, Stephen comes from a predominantly music background and founded a successful independent record label in the 90’s. With a vision that the internet would eventually be a major player in the music and film distribution market, Stephen went on to form the ground-breaking streaming video company Vidnet, which went on to become one of the top entertainment websites and had one of the world’s largest collection of music videos online. The company streamed over 5 million monthly videos and provided content to such companies as British Telecom, Microsoft, Disney, Lycos, Alta Vista and many more, along with industry alliances such as entertainment giants, Sony Music, Warner Bros and EMI Capitol. Stephen’s vast experience enabled him to build the company from five to over 100 employees and he took the company public on the NASDAQ, reaching a market cap of over $500M. Stephen now resides in Canada where he became Pres/CEO of Appreciated Media, a publicly traded global media company. He recently left Appreciated Media to launch the multi-faceted, innovative media company, Crank Media. As a Film, Music and TV Producer, Stephen has always had a passion for discovering new projects and championing hidden talent. 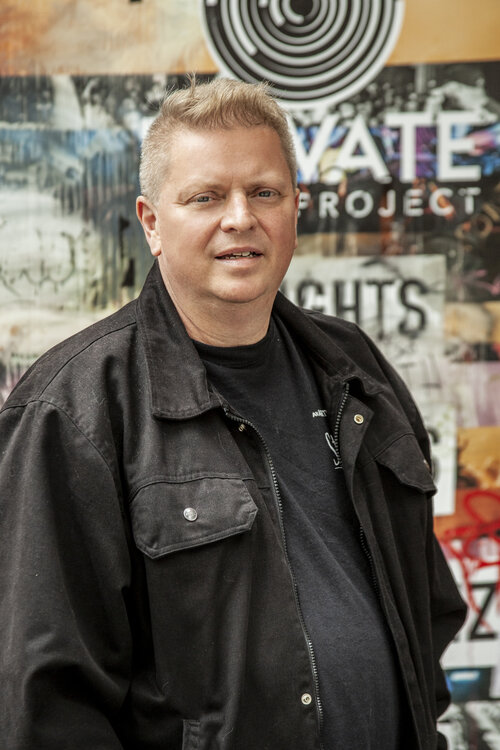 Music industry veteran, Lyle Chausse brings over 30 years of vast experience to the Crank team. Lyle started his music career in his hometown of Vancouver from the ground up managing local record stores with the Music World chain. He then wenton to program and host a rock show on Vancouver‘s powerhouse radio station 99.3 the Fox. From radio he ventured into the concert business where he worked on over 1200 Live shows over the years with Universal Concerts, Live Nation & AEG. As his music career grew he moved to the label side where he worked at Sony Music as a Media and Marketing Manager handling all duties out of the West Coast office for close to 10 years. Leaving Sony he accepted a position with EMI Music Canada in promotions where he continued breaking acts at radio, live and through the media. For the past several years Lyle has operated his own independent management company, working with young up-and-coming acts developing them. He is very excited to hit the ground running and build the Crank Music roster.

Jake Carter has been interested in design his whole life. He started off his discovery into graphic design about a decade ago by working with local Vancouver skate and snowboard shops with advertising, branding and apparel. Eventually that led him into going to school for graphic design to further his knowledge of the industry. His style is a product of the environment that he grew up in and what went on around him. He has lived on the North Shore of Vancouver most of his life but he also lived in Singapore and Hawaii which has heavily influenced his art, style and subject matter. Since his schooling Jake has worked as a freelance artist and as an in house designer developing brands for a variety of companies. Jake brings a passion for music and film to the team which will add to his creative approach with Crank Media. 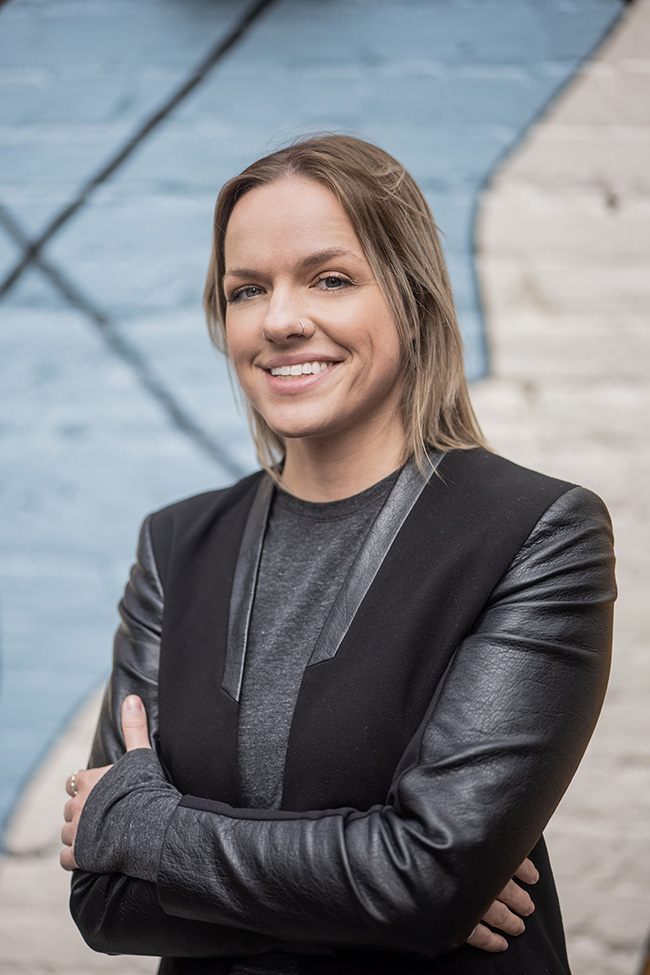 Chelsea is not new to the entertainment industry with marketing, radio, music and the digital world experience under her belt she travelled from Calgary to join the Crank team. Previously working at Stingray Radio and Digital from being on air, voice work, promotions, you name it; then shifting gears in being a part of the Stingray Digital team and helping grow it from the ground up nationally. But her industry experience is not limited to the corporate world or her education from SAIT in Marketing and Digital Audio; she also brings to the plate her own personal experiences from musical endeavours to actively writing & playing music. Her passion and dedication to the craft will inevitably flow into all that is Crank Media.

A veteran television, commercial and film producer/director, Doug was a co-founder of one of the longest standing production companies in Los Angeles. Over the years, he has received tremendous critical acclaim and recognition in the form of awards including four New York Film Festival Awards, five Clio Awards, 15 Belding Awards, eight Telly Awards, 10 American Advertising Awards (including Best of Show), one Platinum Aurora Award (Best of Show), four Worldfest Awards, three Prism Awards, and numerous for LA and NY Art Director. 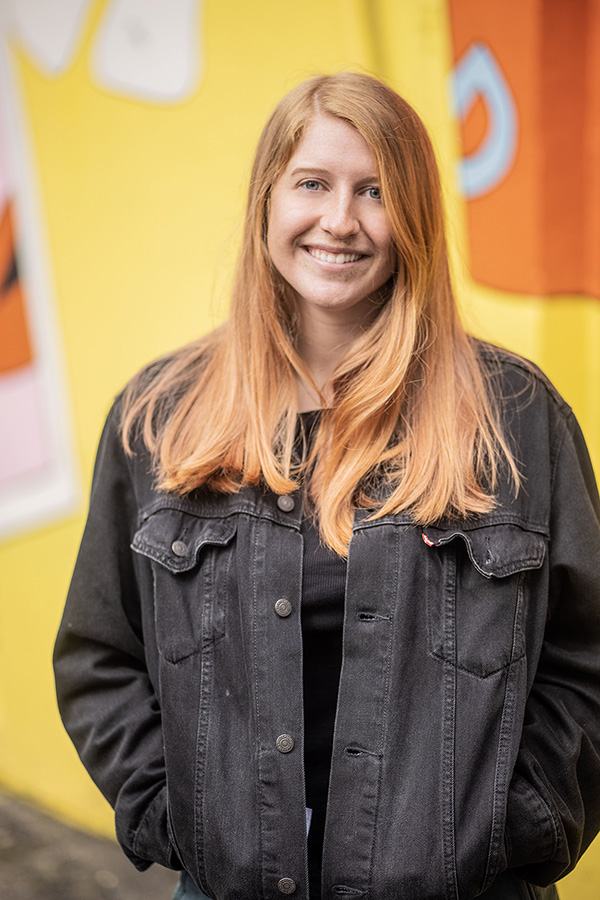 Growing up in Toronto, Rome has always had a passion for the arts—specifically visual art and design. Her internship at a Toronto-based creative agency sparked the inspiration to turn this passion into a career. She received her Business Management degree from Dalhousie University in Halifax and certificate of entrepreneurship from Grenoble École De Management in France. Upon graduation, She moved to Vancouver to study graphic design at Visual College of Art and Design. Rome loves the endless possibilities that design has to offer and is always excited to build a unique, visual story. As a recent graduate, she brings a fresh, creative mindset and energy to the Crank Team. 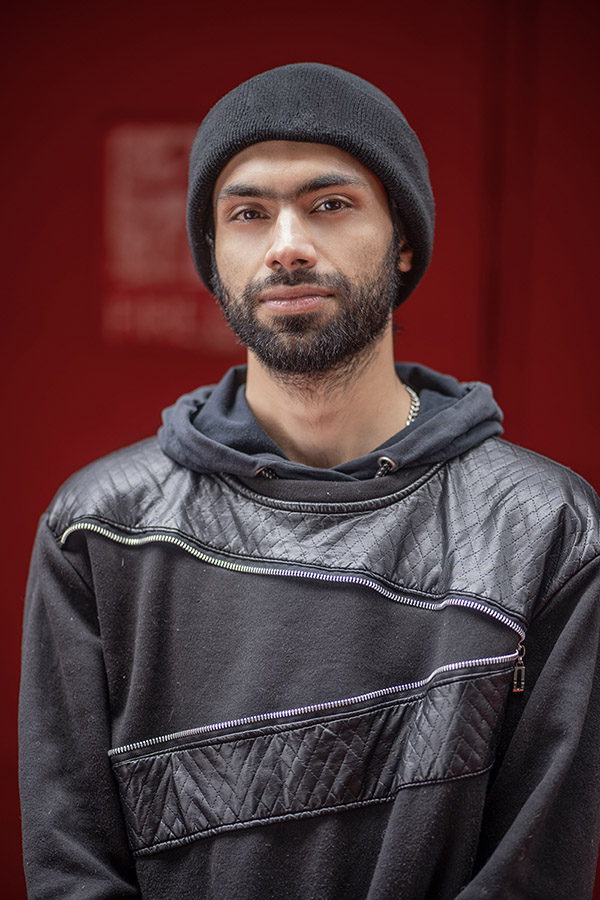 Akshit is a VFX generalist, cinematographer, video editor, graphic designer, photographer, and musician. He originally comes from India and has decided to make Vancouver his permanent home to pursue his passion for VFX. His journey started back in India learning 3D modelling, graphic designing and editing where he worked extensively with rock & metal bands and solo artists creating music videos for them. He won a national level award for creating graphic content and logos for smart cities in India, and then went on to pursue a Digital Visual Effects program at Capilano University in Vancouver before starting his career with Crank Media. 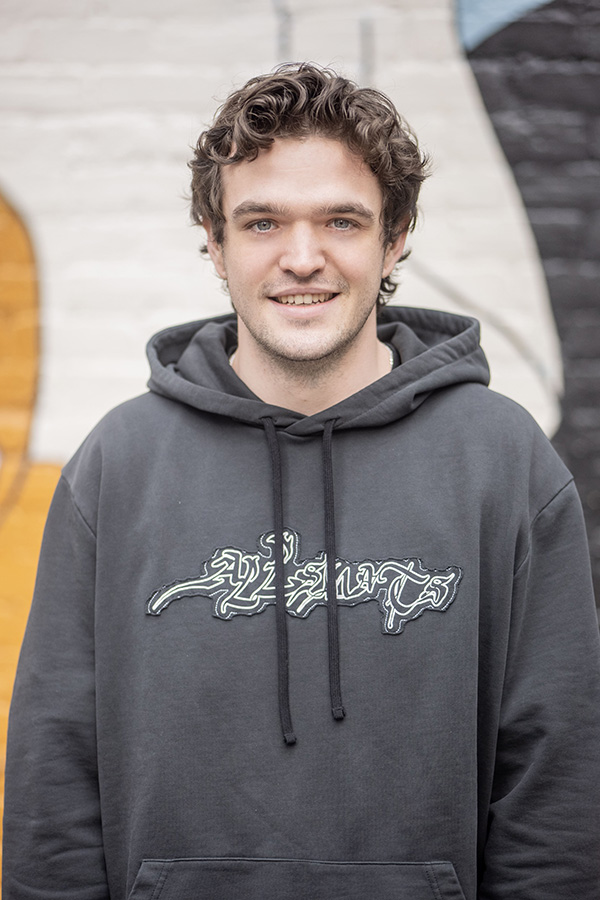 Joey grew up in Toronto and developed a passion for music at an early age. Started playing drums and guitar in elementary school and was involved in a number of bands throughout the years. Joey moved to BC and graduated UBC with a BA in Sociology. Following this, he received a diploma in Audio Engineering and Music Production from SAE. Joey’s experience in producing and engineering along with his passion for a wide variety of music genres brings a new perspective to the marketing and promotions team. 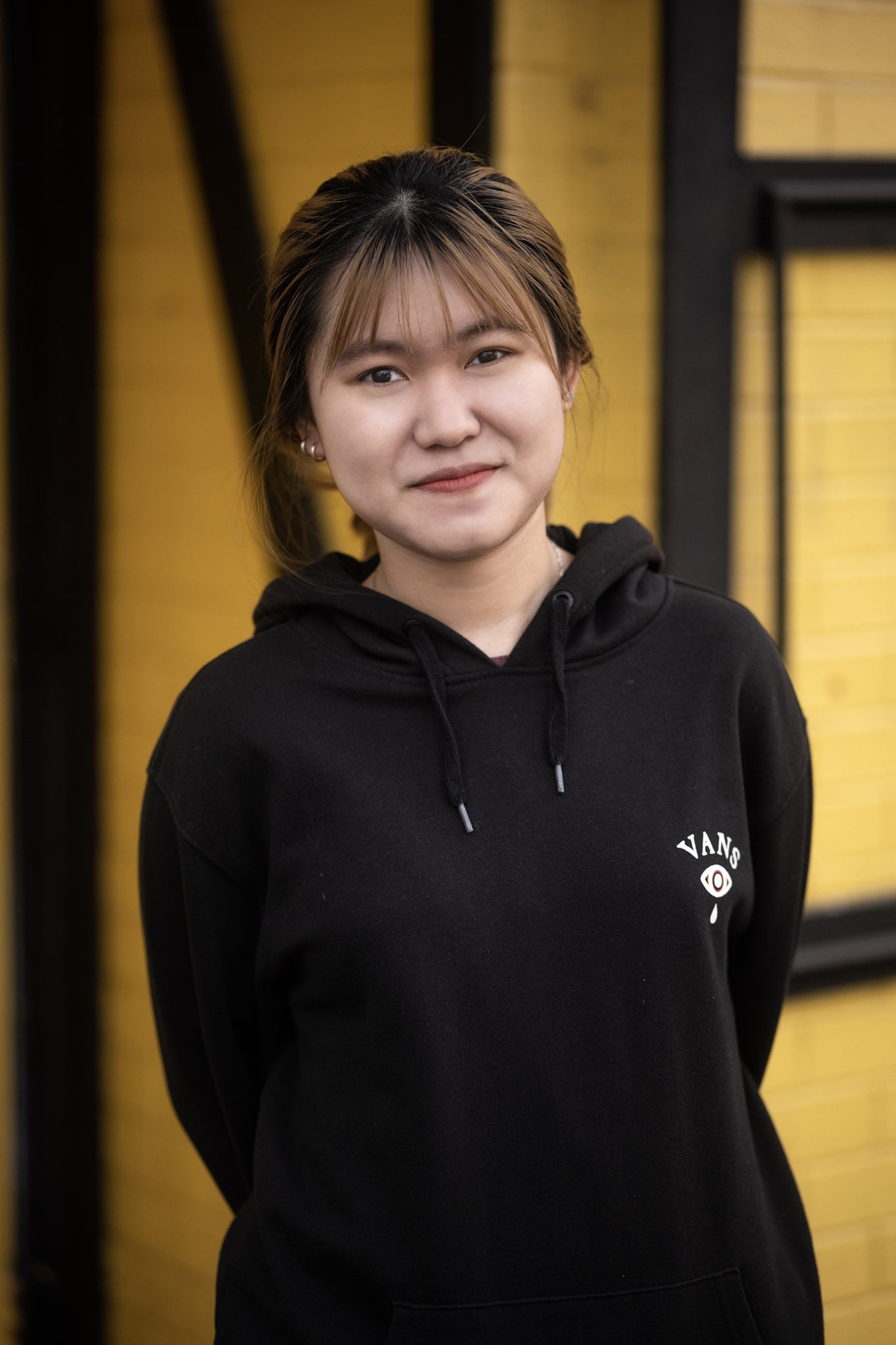 Zoey grew up in Vietnam where she developed a love for art and and design though various art classes and passion projects. She moved to Vancouver in 2019 to attend school at Langara College where she graduated with a diploma in Design Formation. This program gave her the opprotunity to experiment with varying mediums and aspects of design which she brings into each piece of graphic design work at Crank Media. Zoey loves working in a creative environment where she can grow and learn from her peers around her.

Prior to joining the team Elliott has worn many different hats. From teaching English in Quebec and Korea, to instructing martial arts in Vancouver and working in BC Corrections in Oliver and Surrey. Now, after traversing through those trees, Elliott has joined the Crank Media team as a web developer. He is a UWO and Lighthouse Labs alumni with experience as a full stack developer. At Crank Media, surrounded by all the creativity he is energetically looking forward to flexing his artistic eye and his front end focused skill set to create beautiful websites for all the exciting projects coming out of Crank Media.

Design and Music have always gone hand and hand for Mattlan. As a teenager, he got his start on a homemade screen-printing press, designing and printing merchandise for bands and artists. Through his twenties, Mattlan toured Canada, Europe, and Japan as a guitarist, creating a plenitude of merchandise, album covers, and posters for personal projects and peers alike. He studied Graphic Design at the Visual College of Art and Design in Vancouver and Photography at SAIT in Calgary. Mattlan has worked as a freelance designer in everything from Craft Beer to Cosmetics and brings his unique first-hand insight and experience in music to his role as Graphic Designer at Crank Media. 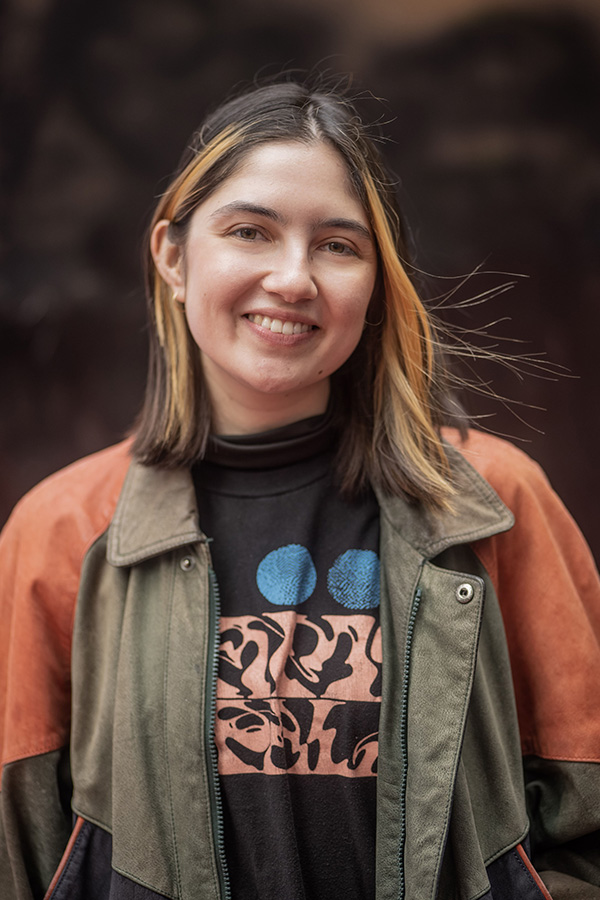 Originally from Ottawa, Sarah spent her childhood years making chalk mazes on the driveway and asking a lot of questions. After discovering graphic design in high school, she moved to Toronto to attend OCAD University. While studying, she grew her understanding of design and likes to use is as a means of exploring philosophy and storytelling. After completing her internship at a print screening studio, she worked as a freelancer before moving to Vancouver and joining Crank Media. Sarah brings her relentless optimism and conceptual thinking to the team. 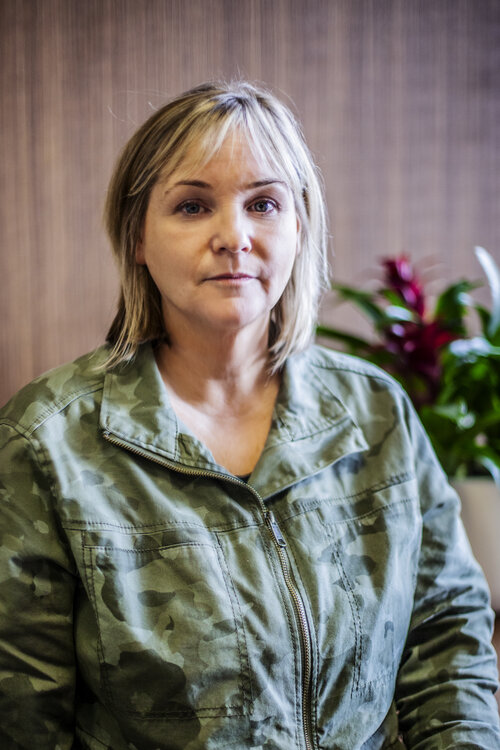 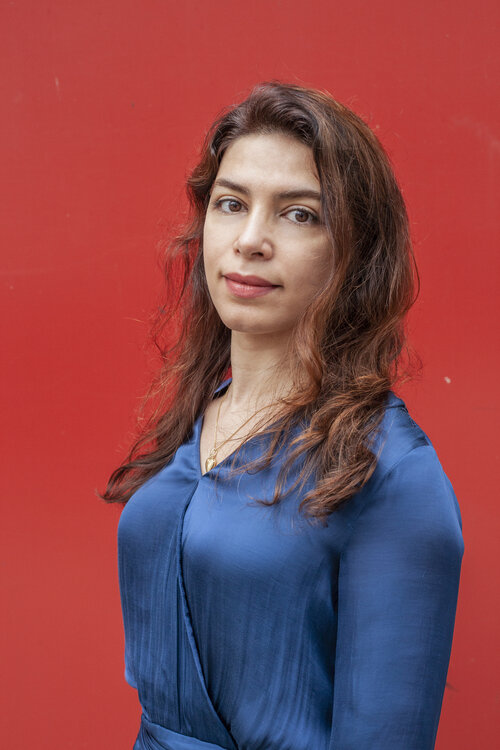 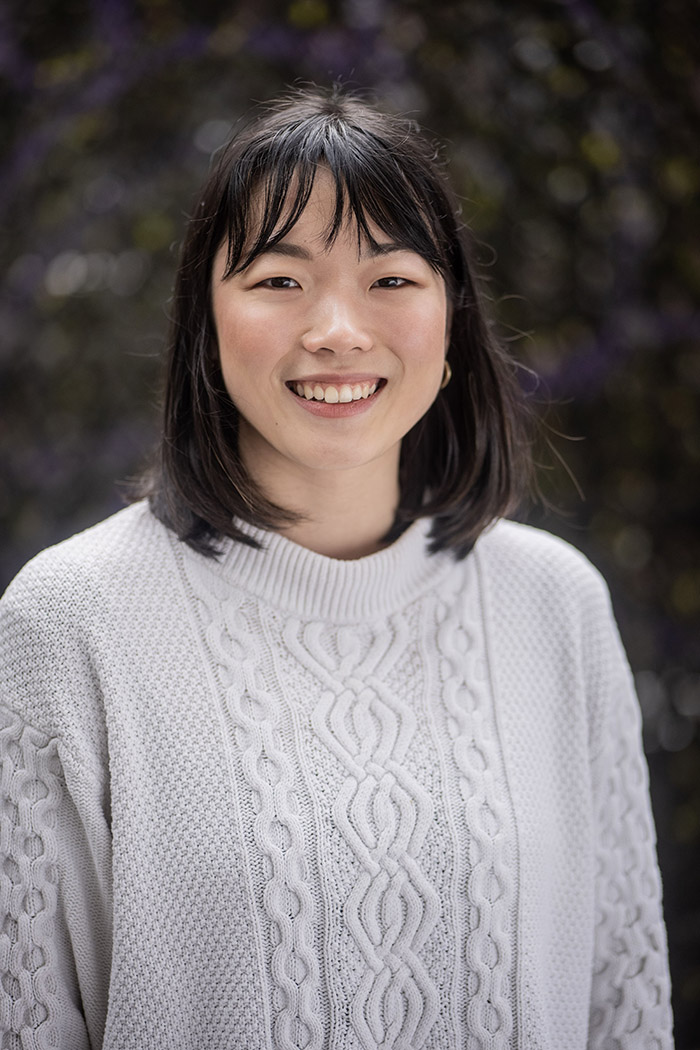